Would you be surprised to know that human trafficking is very prevalent in Canada and our country is used as a hub for the import and export of women, girls, men and boys? I was shocked and outraged. As a result, I felt impassioned to take action and use my voice to shed light on this important issue.

Think again. Children and young adults are taken less than a kilometre from where you live, in rural and urban communities in Canada. This vast country, which I am so fortunate to call my home, also makes for easy movement of people across our borders and into neighbouring countries.

Human trafficking is a violation of human rights. It is largely an invisible crime, often undetected and unreported. It’s estimated that nearly 21 million people worldwide1 have been affected. Traffickers don’t respect borders, provinces, territories or countries, and Canada has been identified as both a transit and a destination point. The crime is insidious and occurs on every major highway in Canada. A national campaign on human trafficking awareness and strategy is required … now!

What is human trafficking?

The United Nations Protocol to Prevent, Suppress and Punish Trafficking in Persons defines trafficking in persons as:

“The act of recruitment, transportation, transfer, harbouring or receipt of persons … by means of threat or use of force or other forms of coercion, of abduction, fraud, of deception, of the abuse of power or of a position of vulnerability or of the giving or receiving of payments or benefits to achieve the consent of a person having control over another person … for the purpose of exploitation.

Exploitation shall include, at a minimum:

The two most common types of human trafficking in Canada:

What comes to mind when you think of human trafficking?

When I became aware of human trafficking, it was an issue I associated with other parts of the world. For me, it was a crime occurring in England, the Philippines, and other countries I’d read about. I was quite shocked to realize the extent to which it’s happening in Canada. And trafficking of human organs… I had no idea!

The Joy Smith Foundation is Canada’s leading authority on human trafficking prevention, intervention and support for survivors. “Over the years, the Joy Smith Foundation has helped over 7,000 human trafficking survivors and their families restore their lives by reuniting, healing and integrating back into their communities.”2  Yes, you read that correctly – 7,000 victims in Canada! 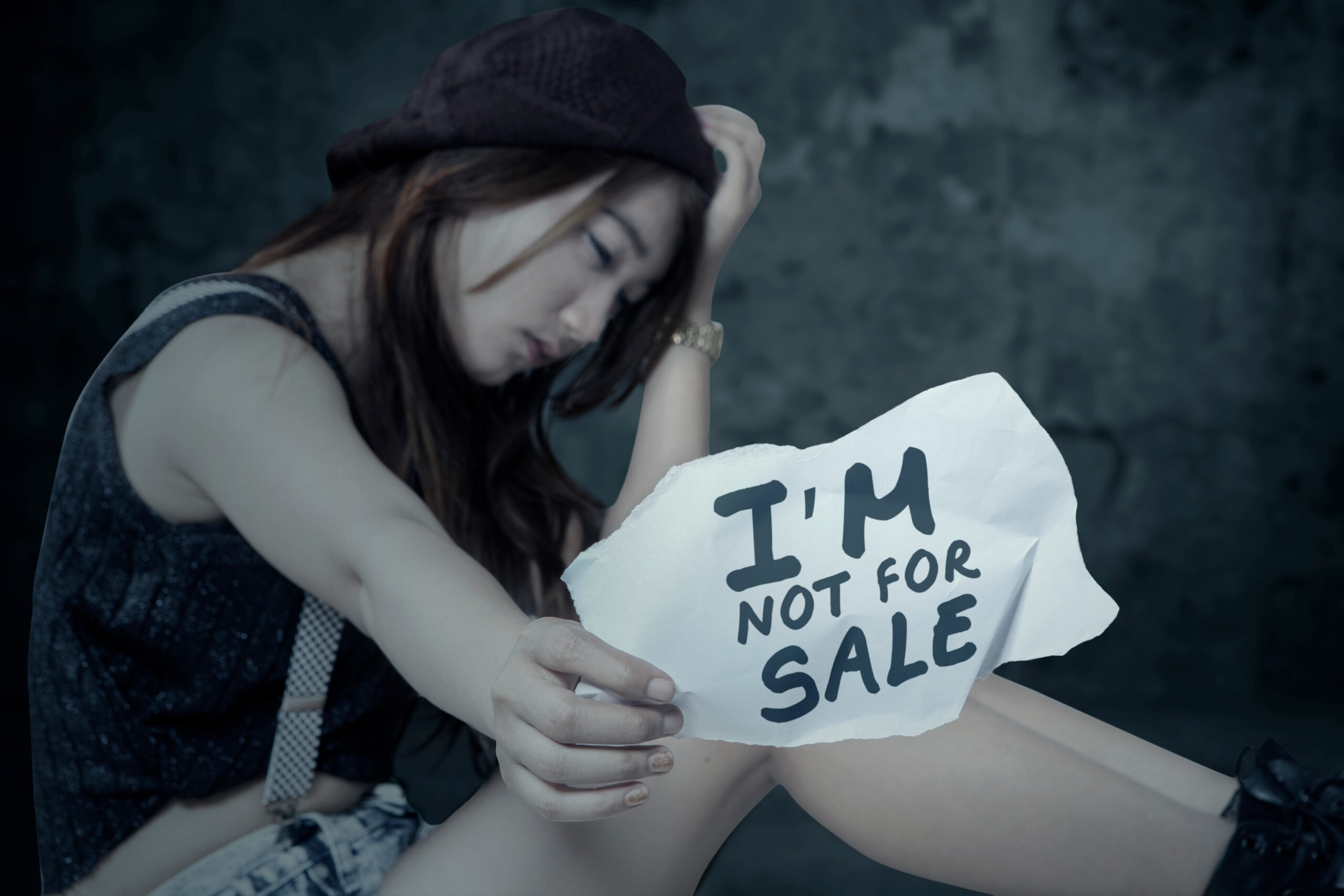 “Human trafficking can happen to anyone at any time. The average age in Canada is 12-14 years and 93% of Canada’s sex-trafficked victims are Canadian-born.”

I had no comprehension of just how lucrative this crime is. The Joy Smith Foundation reports a staggering $280,000 is the average annual profit a trafficker can earn from one single victim of sex trafficking in Canada.

Who is most at risk?

I asked the Joy Smith Foundation who is the most at risk. Indigenous women and children in care are at greater risk, but all too often it’s the kid next door, the girl in your small town, your niece, daughter, or son. It’s kids from middle-class and low-income families, or university-aged young women out for a night of fun at a nightclub. Here’s a further snapshot of those most at risk of being trafficked:

While the list above speaks to those vulnerable to sex trafficking, the same is true for forced labour. However, migrant workers may be particularly vulnerable to exploitation and abuse due to many factors, such as language barriers, working in isolated/remote areas, lack of access to services and support, and lack of access to accurate information about their rights.

Mia Golden, the crime reduction and exploitation division coordinator for the Pacific Centre Family Services Association in Victoria, BC notes “The numbers are high — we have at least a couple of hundred youth we’re working with that are being exploited in some degree or another, and that’s just the ones that we know of,” reports Golden in a January 2022 interview.  “It can be done via local sites like Sugar Daddy, social media sites, dating apps — it’s quite alarming,” she says. “And sadly, the numbers are only getting higher.”

Think your kids are savvy enough not to be lured or groomed by a trafficker?

In this age of kids being connected to their cell phones and social media, it’s far too easy for predators to infiltrate their lives. They are lured first by false trust and then stripped of their ability to make decisions; ultimately controlled by threats, manipulation and coercion. It’s insidious and happens over time.

Cheryl Brown co-founder of Lavender PolkaDot in Victoria, BC tells me,

“Close to 50% of all children who are trafficked are trafficked by family — it’s called familial trafficking. It can be mom or dad, aunts or uncles, or grandma or grandpa.”

As a parent, it’s disgusting for me to think this happens, but it does! Can you imagine profiting from your child, niece/nephew, or grandchild, to make money for who-knows-what? When children are exploited at a very young age, they don’t realize the life they lead is different from anyone else – it’s normalized because it’s all they know. Familial trafficking was not a term I’d heard before my conversation with Brown. She said there are children in our schools right now in Victoria, BC, that are being trafficked by mom or dad, aunts and uncles.

Further, Brown went on to say that trafficking is growing within the adoption sector and children are being adopted for the sole purpose of using them for trafficking. How sickening is that?!

In an excerpt from the book, My Name Is Mila, A Story Of Surviving Familial Sex Trafficking,

What are some signs you can look for?

If you suspect someone is being abused, or trafficked, report it. Now.

Teachers can play a significant role

Teachers are in a unique situation to observe their students. They may notice unusual behaviour, or changes in behaviour, like a sudden drop in grades or class participation; bouts of unexplained anger or ability to control emotions); trouble concentrating or paying attention in class; coming to school exhausted from constant abuse and exploitation. not groomed, or teeth not brushed.

In some cases, the teacher may be advised by parents (who are trafficking their child) that their child has suddenly been diagnosed with a disorder that requires medication (a diagnosis that the teacher didn’t notice and finds unusual). The medication can be a way for parents to control the child.

Victims and survivors can get connected to social services, law enforcement, and emergency services at the numbers below. In addition, the public can also provide tips:

What action can you take on human trafficking?

Education and knowledge is our greatest weapon. Whether you have a kid or know a kid, you need to know about the realities of human trafficking!

The Joy Smith Foundation launched the National Human Trafficking Education Centre and provides free and fee-based courses for teachers, parents, front-line responders, or any Canadian who wants to prevent and intervene with human trafficking. Sign up for a course and be sure to share the link and information with your friends, work colleagues, and family.

Why are we amplifying this issue?

If we can save even one child from being trafficked, then progress is made. We are committing that Business 4 Social Good will use our voice to amplify the human trafficking issue. Our readers and followers will see this in our blogs and social media. And we’ll shine a light on companies and organizations working toward the same goal of ending human trafficking in Canada. 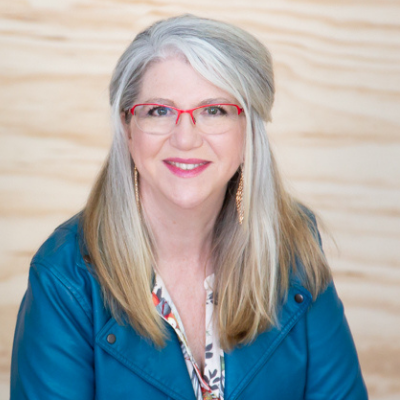 Deb Alcadinho is the Founder & Chief Impact Officer at Business 4 Social Good, and the Founder of The Social Good Academy. She’s a social impact trainer and consultant to female business owners who want to move beyond CSR and philanthropy, and position social good at the heart of their business.